MARK KNOPFLER
"The Car Was The One"

In summer sixty three I was staying alive
Hanging at the races, hoping to drive
When they were done with the weekend and loading the cars
I couldn't get a pass so I went to the bar

I'm up in the corner nursing a beer
Who should come laughing and joking in here
But Bobby Brown, the winner of the sports car race
With some friends and a girl, man, she lit up the place

Bobby was a wild boy, one summer
He knocked down a motel wall with a hammer
He'd do anything, one night for a bet
He raced through the cornfields in a Corvette 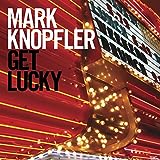 MARK KNOPFLER videos - The Car Was The One