I was standing on the sidewalk in 1945
In Jacksonville, Illinois
When asked what my name was there came no reply
They said I was a deaf and sightless half-wit boy
But Louis was my name, though I could not say it
I was born and raised in New Orleans
My spirit was wild, so I let the river take it
On a barge and a prayer upstream

I was standing on the sidewalk in 1945
In Jacksonville, Illinois 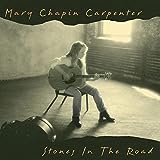