It is a system which has conscripted
Vast human and material resources
Into the building of a tightly-knit
Highly efficient machine
That combines military, diplomatic, intelligence
Economic, scientific and political operations

Its preparations are concealed, not published
Its mistakes are buried, not headlined
Its dissenters are silenced, not praised 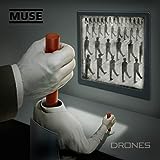