Uhh, rest in peace to Black Just
Riding through Jamaica Queens in his black truck
Timbs was forty below, waves to the side of his dome
Definition of good nigga, yo
Gangsters don't die, niggas only become immortal
Angels don't only fly, they walk right before you
In front of you
It's foul what this money could do
Cash corrupts the loyal
I hung with E-Money too, the fucking truth
Fucking with Stretch from Live Squad
I could've died the same night that Stretch died
I just got out of his ride
He dropped me off and drove to Springfield
November 30th, another Queens king killed
It fucked me up, y'all
I was just trying to make it with Steve Stoute
The legal way, drug-free route
Back in the days, they was sleeping on us
Brooklyn keep on taking it, Manhattan keep on making it
Trying to leave Queens out
But we was pulling them Beems out, them M3's out
Pumping bringing them D's out
Rastas selling chocolate weed inside of a weed house
Colosseum downstairs, gold teeth mouth
Astoria warriors, eight street, twin buildings
Vernon, can't even count the Livingston children
Justice in Ravenswood, nice neighborhood
Caught sleeping out there, be a wrap though
Bridge niggas be up in Petey's ten racks, yo
A simple bet on a serious cash flow
Get money, Manolo, welcome home Castro
Queensbridge unified all I ask for
Let's do it for DU, say what up to Snacks, yo
I just salute real niggas when I pass through, uhh...

Niggas is very hungry for that bank robbery
Bury money, trying to get to a Benz from a Hyundai
The Queens Courthouse right next to the cemetery
Niggas' rap sheets look like obituaries
You be starving in Kew Gardens
Bolognas and milk from a small carton
You could still feel chills from the team on 118
My nigga Bim fly by like it's a dream
His face on his Shirt Kings
Laced in a pinky ring, in his black Benz murking
Back when Black Rock and Ron was on the map
Cheeba in yellow sacks, dope sold in laundromats
Thugs bark, getting amped from weed
Over the heart of champions, see
Ever since back then, a nigga been about the dough
(You all know how the story GO!)

Watch the calm realest channel his mom's spirit
Goosebumps cover me, mother's here, I could feel her
Blood of Christ covers me, our savior and healer
Drug prices up or down, I know a few dealers
And some accident murderers, they act like they killed on purpose
Liars brag they put work in
You ain't mean to murk him, your gun's a virgin
Better stay on point, if not it's curtains
Bebo Posse reincarnated through me probably
If music money didn't stop me
I never claimed to be the toughest
Though I'm to blame for a few faces reconstructed
It's the game that we was stuck with
Now I'm the only black in the club with rich Yuppie kids
Sad thing, this is the top, but where the hustlers went
No familiar faces around, ain't gotta grab the musket
It's all safe and sound, champagne by the bucket
Where them niggas I shouted out on my first shit
Bo cooking blow, fuck is Slate at? Where Turkey went?
Old videos show niggas that was murdered since
Another reason to get further bent
Put your glass high if you made it out the stash spot
And here to tell your story and celebrate the glory
Drinks in the air for my niggas not here
This for the fallen soldiers, hold it down, I told you
Pop another bottle and keep the smoke rolling 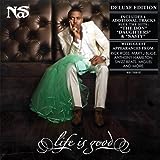