Standing on a corner in downtown L.A.
Waiting for the man to come along
She comes up to me and says " Too bad, too sad"
You know that he's been dead and gone.

L.A. lady, kinda shady
She picked him up and took him home

Early in the morning sitting in a hotel
Moscow's looking fine through the wine
Spaced out I crashed out
When the K.G.B. came on the line.

It's a cold one, bein' sent down
It's gotta be fifty below

Flyin' across the desert from Texas to Tuscon
But we're headed for a southern star
The captain says it's fine in Havana
This dude behind me needs a cigar.

He's a big one, he's got a big gun
I guess we better go along 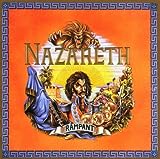