Come in, come in, my own true love
And have a seat by me
It's been three-fourths of a long, long year
Since together we have been 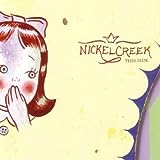