Decades of drought
Seven years without rain or annual flood
The black earth is in ruins, cursing the unfed masses
Reserves of grain exhausted
Cities choked with sand
Roving hordes of the starving and emaciated
Scour the streets for what scraps they can scavenge

Those entombed are unearthed
Violating the royal dead
What the pyramid concealed is defiled
Lawlessness unchecked, chaos unopposed
The land is deprived of kingship

No refuge for the old, the young
The weak, the malnourished
The diseased sick who are left along to die
As the just and unjust alike descend into wickedness
And ravenously turn on each other
The age of famine is upon us 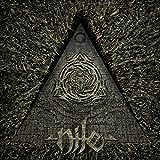