[Verse 1: Hodgy Beats:]
I'm a lotta narcotics, flow aquatic atomic
The way I rhyme in Islamic promises, ignorance is common sense
Straining my bowels, fucking hungry hippopotamus
You niggas are in the bottom pit, of nauseousness
Is what I was raised around as a child
I'd rather chuck up my middle finger than give a bitch a smile
Hostility fertile like my mule and 40 acres
In my Stacy Adam gators, where's that mothafuckin' stapler?

Uh, you hear that shit?
Ay, run that shit back
Yeah, that shit hot, nigga

Hostility fertile like my mule and 40 acres
In my Stacy Adam gators, where's that mothafuckin' stapler?
Good grades on the wall, niggas hate to see me do it major
I'm just a leader of my team and I ain't afraid of traitors
Lacing my shoes, we the MellowHype jews
We controlling the crews, drinking Belgium booze
We animals out the zoos, with a fuse abused
Bitches brewing in our stews, on they knees like the pews

Sock a buster in his jaw
Fuck the police, break the law
Twist your fingers up, grip your balls
If you ain't got heart you ain't got shit at all

Aww, mothafucka wanna see you shine and I got my gold on
Clancy said I'm late for my flight, well he better hold on
Can't wait till I fuckin' buy me a jet, there gon' be some hoes on it
Just blow O's on it, count dough on it
Smoking in the sky, damage the ozone, don't it?
Shit, I'll take a life for my moment's moment
Contract your own sale, fuck a deal, you're in a option
Turn the bass up, get mothafuckas to go shit
Rappers nowadays are all phased when it comes to soft shove
If niggas saying your flow weak, you shoulda bought one
You call this brand new, to me it's Santa Cruz
Don't find HB the man to lose, you ain't a bruise
Catch me on MTV or your local channel news
In London recording to Fuse, I'm the man that confused
I'm fucking crazy, need slavery to be alien gravy
But I ain't saying it to your mothafuckin' brain, skull 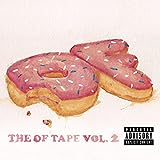