Daddy's been working too much, for days and days and doesn't eat
And he never says much but I think this time it's got him beat
And it isn't that he isn't strong or kind or clever
Your daddy's poor today and he will be poor forever

What are you chopping that wood for?
Why are you growing that corn?
Mama's sewing a brand new shirt
And you're wearing the one that's torn
And I guess it's for someone else's kid
Who wasn't born in a poor man's house
A poor man's house 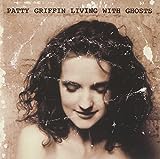