I'll take the varmint's path
Oh, and I must refuse your test
Push me and I will resist
This behavior's not unique

I don't want to hear from those who know
They can buy, but can't put on my clothes
I don't want to limp for them to walk
Never would have known of me before

I don't want to be held in your debt
I'll pay it off in blood, let I be wed
I'm already cut up and half-dead
I'll end up alone like I began

Everything has chains
Absolutely nothing's changed
Take my hand, not my picture
Spilled my tincture

Ain't supposed to be just one
Oh, to live and die, let it be done
I figure I'll be damned
All alone like I began

It's your move now
I thought you were a friend
But I guess I... I guess I hate you... 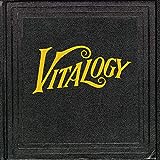