We are ruled by a race of extraterrestrial beings
Who came to Earth around five hundred thousand years ago
In order to mine gold
They are a race of blood-drinking, shape-shifting alien reptiles
And have infiltrated the Bush family, Margaret Thatcher, Bob Hope, and the British royals, among others

JFK Jr. is alive and well
He did not die in a plane crash off the coast of Martha's Vineyard in '99
He's gonna appear here in Dealey Plaza fifty-eight years after his father's assassination
To announce that he'll be Donald Trump's running mate in 2024.

The Camp Fire in California
Destroyed over a hundred and fifty-three thousand acres, eighteen thousand structures, resulting [?]
If it was caused by a downed power line
Why did numerous witnesses [?]
Do you really believe it's coincidence that the fires also burned
The areas of Jerry Brown's projected seventy-seven million-dollar high speed railway project
[?]
'Cause I don't
Not when the evidence is right in front of our faces
Jewish space lasers 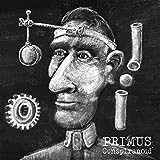