Yo Stella, if u think I'm afraid of u
Grace, if u so much as think I can't do the do
Girl, if u dream I came to jerk around
U better wake up and release it

Party people in the crib get hyped.
Let's get this party funking right, come on, yeah, come on
Release it, listen 2 me now, release it yeah.
Come, come, come on, release it

Who's crib is this? My crib.
Who's wine u drinking? Mine.
Who asked your ugly ass what time it was? Nobody.
Cuz we doing fine.
Take it all off. Bass. I need the funk in my face
I can't stand tight asses in my place
Let's get hyped y'all. Release it.

(yeah) release it.
(yeah) what time it is? Band.
It's time to get sleazy up in here
Mary Sweet Mother Jesus
Fuck that talk Morris 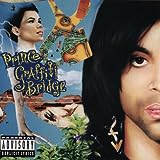