REBA MCENTIRE
"She Can't Save Him"
feat. Trisha Yearwood

She can hear his car, as it pulls in the drive.
She can whisper a prayer: "Thank God, he's alive."
She can meet him at the door; catch him when he falls.
She can even believe that it isn't his fault.
But she can't save him

She can make his coffee, in the cold light of day.
She can make his excuses: tell the boss he'll be late.
She can wave at the neighbours, then kiss him goodbye,
And not say a word 'bout what happened last night.
But she can't save him.

Sometimes she dreams that he's caught in a stream,
And the water keeps pulling him down.
She reaches for him, as he pulls her in.
She wakes just before she drowns.

She can remember the man that he was,
And still shed a tear for what he's become.
She can live in that house until the day,
She sees that it's only herself she can save.
But she can't save him.

And that day she'll know she hasn't failed,
'Cause nothing can change until he saves himself. 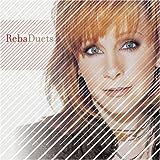 REBA MCENTIRE videos - She Can't Save Him

Home > M > REBA MCENTIRE > She Can't Save Him lyrics