I stepped up to her more closely to view her
When on me she cast a look of disdain
Saying, "Young man, stand off me and do not come near me
I work for my living and think it no shame"

The crowd gathered round, couldn't hide the destruction
I cast my eyes on it in such disbelief
A truth of the world settled into the ashes
The rich men's neglect is the poor man's grief 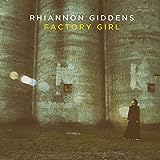