Will you stand, will you stand for it
Will you hear, ohhhh! ohhh! when the lion within
you roars 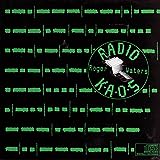