[Switch channels]
[Alf Razzell:]
"Two things that have haunted me most are the days when I had to collect the paybooks; and when I left Bill Hubbard in no-man's-land."
"I was picked up and taken into their trench. And I'd no sooner taken two or three steps down the trench when I heard a call,
'Hello Razz, I'm glad to see you. This is my second night here,' and he said
'I'm feeling bad,' and it was Bill Hubbard, one of the men we'd trained in England, one of the original battalion. I had a look at his wound, rolled him over; I could see it was probably a fatal wound. You could imagine what pain he was in, he was dripping with sweat; and after I'd gone about three shellholes, traversed that, had it been...had there been a path or a road I could have done better.
He pummeled me, 'Put me down, put me down, I'd rather die, I'd rather die, put me down.' I was hoping he would faint. He said 'I can't go any further, let me die.' I said 'If I leave you here Bill you won't be found, let's have another go.' He said 'All right then.' And the same thing happened; he couldn't stand it any more, and I had to leave him there, in no-man's-land." 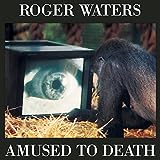