(Intro: Cha Cha)
I, Cha, stand up before y'all
One hand in the sky, other hand over my heart
Vouchin to be the last woman of my breed
Right alongside some niggaz who seem to feel the same way
After all, one who stands for nothin' falls for anything
So um, Tre Little why don't you stand up first?
Tell 'em your story

(Verse One: Tre Little)
Yeah, I made my own bed, yeah that's what the judge said
Called me a young punk like he hold grudges
Held up the same knife that I lunge with
The one his lungs hit, I left him breathless
Haha... "Death is Certain"
But for you to gimme that sentence the system's not workin
Your Honor, understand my pain
It's like I got nothin' to lose, and shit to gain
Please, hear me out
Dude doused gasoline my house to get me out
And all I could think about is how we was raised
And - he like the gauge, and - I prefer the nine man
Crime partners, robbin sprees
Ten years plus Your Honor, just him and me
And really - to make a long story short
This nigga tried to eat from my fork
Can't have that

(Verse Two: Cutty Mack)
I was born in this world the most, innocent child
With no worries, expectations, look how I smile
Everybody proud, my household loud
Look what he can do now, gangstas is all around
Couldn't fathom bein touched, by the life they led
Would've rather been in church and touched by Christ instead
I done seen everything from teens turn crack mothers
Robberies led by teens are undercover
And the law, is the same way my homeboy's do
Took the work behind the kitchen sink, hustle was smooth
And the risk never mattered, 'cause there's strength in fear
Not thinkin' beyond the next day I'm gettin' this here
And the world don't give a fuck, that's my thinkin'
'Cause the world don't give a fuck, heavily drinkin'
Hit the, block at night when the bars let out
Raw heads'll still hit me till they veins dead out
I'm trapped

(Verse Three: Billy Nix)
I saw four corners, crackheads on two of 'em
Whores on opposite sides; I was 'bout nine or ten
Wonderin why my sisters was lookin' like they was homeless (damn)
Cars'll roll up, and they hop in them for a moment
Wasn't later I realized they need a supply
To get it, would take a few minutes, they blow him in his ride
It seems the scenes I've seen with fiends in abundance was
Part on some scheme to intervene in the number of
People who make it up out of this life, conspiracy theory
Nah, not quite; but government gotta know somethin'
Tell a child we were once unified, he might doubt it
Went from, yellin' "Black power" to sniffin white powder
Could it be we wasn't brought here to be free, just subserviant
To those in authority, slowly I'm learnin this
Evolution of the mind defines us as men
My resolution, it's time for revolution to begin

(Outro: Cha Cha)
Feel me? Nobody respects you for sittin' down
Respect is to be earned, it's yours for the takin'
Closed mouths don't get fed
Gotta get the wet behind your back
Attack the storm, when it rains it pours
Stand up
M.I.C. (*fades out*) 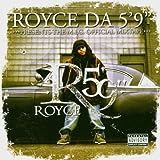