[Verse 1: Max Bemis]
My greatest fear is a splendid thing
It's an image of a middle-aged me with an earring
Playing shows to an empty bar
While the bottle waits grinning by the shadow of a pop star
My girlfriend is a stripper named Steve
Lost Sherri though I begged, "Don't leave"
And she moved to Italy with Johnny Depp
He swooped in quick on his jet when she left
And oh God, I'm smoking whatever they put in front of me
Three hundred pounds with a swollen frown
Mumbling verses, just swimming through the ground

[Verse 2: Max Bemis]
Old magazine by the Bemis toilet
Strategically placed for those who don't know yet
That I thought I'd be the next Billie Joe
But my attempt to emulate him was thwarted by my ego
The Twins are long gone, Parker ain't rung yet
Adam driven back to the arms of a Beckett
I'm a piss poor father so Lucy don't call
My baby don't call; she never calls at all
Oh gosh, I'm drinking like every man in my bloodline
Chris found me in a puddle of brine
I said, "Don't worry, Conley. Swear I'm fine."

[Bridge: Keith Buckley]
They say good things only happen to good people
Well, I guess that's why I worry
It's only a fear. It's only a premonition, dear
Slowing down, I'm in no hurry 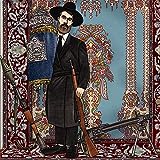 SAY ANYTHING videos - My Greatest Fear Is Splendid

Home > S > SAY ANYTHING > My Greatest Fear Is Splendid lyrics