Oh God it's another night
And your head is feeling like a lump of lead.
You should never have drunk those party-fours,
You should have been home being good instead.

Ever been in a deja vu in the end it's the same
Oh yeah you ran out of your silver thins
And you're trying to be so high class
Though you need a bath and your hair's looking like string
And though you're nearly broke
You end up paying for all the drinks
And you tell them "Oh its nothing,
There's a million where those come from."
And then you whisper to your longest-suffering friend
"Please lend me a few quid..."

Oh God it's another day
And your stomach's feeling like a blown-up balloon.
You should never have eaten that greasy food.
The doctor told you that chili was bad for your blood.

And you're standing at the chemist in Boots
Coughing up your guts like you're at deaths door
And all this for a packet of Do-Do's
And the assistant gives you a wink
And you turn bright red
It's at time like this that you wish you were dead
And you take the whole packet
And you feel like you've drunk a bottle of bleach
And you tell yourself "Never, never again."
Not until next week anyway...
And you were never one for holding drink
And you stagger off to the toilet
And you throw up like it was Christmas
And you miss the bowl and you hit your shoes
And there's no paper towels
What else can go wrong with you?
It's a choice between a cab fare home
And a packet of cigarettes
So you choose and the money sticks
In the machine and the manager says
"Tough shit - drink up and leave."

Oh god it's another disease
And you just got rid of the last.
You were beginning to feel Okay.
And the friends you gave it to Were speaking to you again.

You find yourself having sex in the back of a car
And the girl underneath doesn't care who you are
And you're nearly there and she still doesn't care
And her chewing gum is getting stuck in your hair
And there's something wrong, something that you've forgot
Oh shit you've forgotten the rubber
And you don't want a kid well deny it was you
Oh Christ if your dad find out
Then he'll make you stay in
And do your homework
And cut your hair
And wear your school uniform out in the street
What a fate worse than death

Oh well, he can't hit you you can hit him back
And play your records so loud
All the ones that he especially hates
Deep Purple in rock, Led Zeppelin too.
Well even you hate those...
Well, on second thought
I think I'll leave home and go and live um... In America
Because they earn more money there
And you can get away with murder - yeah!

I Can't wait till I'm twenty-one
And then tell them all to sod off! 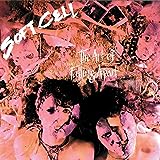