Well they packed up their violin cases ??
Hopped in a big black Studebaker, they were acting pretty scary
No one talked as they synchronized their watches
And they drove past a train station

The train rolled out with a passenger car
Filled with retired millionaires and movie stars
?? coats
?? and that would be all she wrote

And the gangsters, cowboys, gypsies, and freewheelers
Sold out their trades to become drug dealers
There ain't no money in doing things straight
Your community thanks you, business is good, and nice guys don't get paid

The chemist died in the burglary and they sold the prescription
For a case of cheap red wine to a traveling salesman
In a three-wheeled jalopy; he bought and sold potions
To the city that looked over the ocean

And he sold the last drop, it was big with the rich kids
And soon the city would be crawling with addicts
And back rooms, dark allies, basements and attics
(When?) a fly is trapped in a spider's web (but a bat's got the spider?) 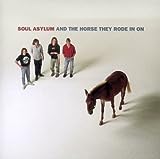