Sailor, a Texas boy who had just returned from duty in the navy in the Pacific. Is on leave in the fort of San Diego

Spanish Alice. Mexican prostitute working at bars in Tijuana. Looking for ways into the USA

Jabbo. Juarez born Pachuco, living in Los Angeles. Decides to go home by way of joyride up in the southern Colorado
Chick Blundy. Jabbo's LA girlfriend. An enigma. Rockrider. And occasionally, Jabbo himself

Sailor meets Alice in a Tijuana bar. They get drunk, fuck, cry to belief together, and get married. They cross the border and travel by car, probably a Buick, from San Diego to Cortez, Colarado. They honeymoon in a small rundown mountain trailer. and exactly the same time, Jabbo appeals to and persuades Chick to leave LA, probably by motorcycle, to Juarez, by way of Cortez. They go North, to go south

In Cortez the two couples meet, argue, fight, resulting in Sailor and Alice lying dead on the trailor floor

Jabbo and Chick, objects of a massive statewide search, escape by car, probably the Buick, and leave to Juarez, as planned. In Juarez, they part 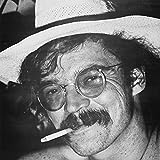 Home > A > TERRY ALLEN > The Characters / A Simple Story lyrics