Here I am standing, ten feet between us
Beside me, the door that I just came through
Where I walked past an overweight cop in an alley
With a beer gut bursting from a bullet proof jacket
Who thinks to himself, "I've got to get back
To the man that I was when I was a dreamer"
With a partner in crime named Brandy McGill
A girl with a love of life bigger than normal
Who still wonders when her life will begin
Her best friend Maria who seems to have everything
Tells her she probably just needs a vacation
Away from the stress of her husband's vocation
While Maria is talking, Brandy is drifting
Staring at John who just got the job
Busing tables to pay for Community College
An Associates degree in x-ray technology
John is too old to still be in college
He doesn't like class and sometimes doesn't go
Long story short, his family was broken
He was freed from a past life as a kid on Skid Row
He notices Brandy, but stares at Maria
Her beauty well-practiced in casting a spell
Imagining her naked, he spills dirty dishes
On the lap of an elderly woman named Belle
A lady who won't live to see her next birthday
But shares a warm smile regardless of that
The mess that unfolds completely surrounds her
Not one bit of urgency enters her soul
She reaches for Roy, her husband forever
In love and connection, her small hand, he holds
And nothing comes of it but a managers' anger
Not for the mess, but her father's remark
About a bad grade that she had as a child
So she takes her revenge out by firing John
Who now wonders when his life will begin
Ain't it confusing to search for the will
And learn when you find it that you've lost your way?
Long story short, he saw a commercial
That said that the 20s are the prime of your life
But that doesn't seem to be true at this moment
As he cleans out his locker and calls his best friend
Who's too busy to talk 'cause he's prepping with lawyers
To keep money from his ex-wife, the mother
Of their only son who's naturally drawn
To guns and sharp objects who now has no father
Except for on weekends, two times a month
No need to worry, I'm told we're protected
By the men passing laws in the House and the Senate
From people who mix up the truth and reality
With movies and games and ridiculous scenarios
Long story short, best I can tell
Children can't be left to raise themselves 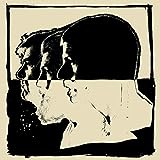