Casual sex
Is it irrational? (Yes!)
I think it's time to find out why
And soon I fall asleep, it's nighttime

In a dream there's a dolphin
And a soldier, they're walking
Through the sand and toward a morgue
In an office there's a hostess who has
Carried our friend
And wheeled him into a drawer
She pulls his file
The air is cold
Down the aisle we follow her
I'm thinking casual sex - the feeling
Casual sex - the soldier's life's the same as mine
And he's attracted to a nun

"The inexistence of time" is not a painting, it's life
They're into robes and gloves
Goblet glass and crosses 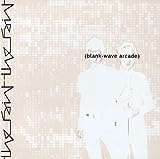