She's a pillar by the day, a fire by night
She's a famous architect, like Frank Lloyd Wright
When it comes to tight rope walking
She's world-renowned

Her elegance and charm are worthy of praise
And I heard she used to throw, for The Oakland A's
She works 268 hours a week, I've yet to meet her match

A marvel of modern science
She's a natural-born pioneer
I can't make up my mind
Should I put her on display, or hide her?

She's a daughter of the gods, got a lot of clout
If she's ever in a bind, I'll get her out
And sometimes I have these nightmares, in the middle of the day
Where a hay-making gypsy just steals her away

She's always on my side, rich or poor
She's with me all the way, to The Golden Door
My lioness, my piece de resistance
My only way

[Outro:]
Through the sunshine and through the rain
I'm going to be her prize fighter
Over and over again 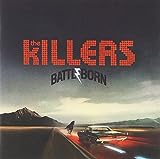