[Spoken:]
These are the times that try men's souls. In the course of our nation's history, the people of Boston have rallied
Bravely whenever the rights of men have been threatened. Today, a new crisis has arisen. The Metropolitan
Transit Authority, better known as the M. T. A., is attempting to levy a burdensome tax on the population in the
Form of a subway fare increase. Citizens, hear me out! This could happen to you!

Well, let me tell you of the story of a man named Charley on a tragic and fateful day.
He put ten cents in his pocket, kissed his wife and family, went to ride on the M. T. A.

Charlie handed in his dime at the Kendall Square Station and he changed for Jamaica Plain.
When he got there the conductor told him, "One more nickel." Charlie couldn't get off of that train.

Now, all night long Charlie rides through the station, crying, "What will become of me?!!
How can I afford to see my sister in Chelsea or my cousin in Rocksbury?"

Charlie's wife goes down to the Sculley Square Station every day at quarter past two,
And through the open window she hands Charlie a sandwich as the train comes rumblin' through.

Now, you citizens of Boston, don't you think it's a scandal how the people have to pay and pay?
Fight the fare increase! Vote for George O'Brien! Get poor Charlie off the M. T. A. 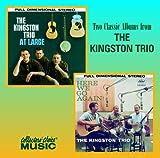