With outstretched hands
He cries, "Are you going my way?"
The people passing by don't seem to understand
The curse of fool's gold

Down he swoops with claws drawn to take her
Razor sharp so savagely is she mauled
Oh my god, is there no one who can save her?
In steps the fox to thunderous applause 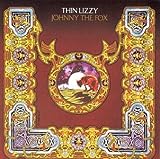