I know that you've been wondering
If I'm the same man inside
Never tried to fool you
'cause I've got nothing to hide
I gave you fair warning I could never be tied down
'til I've seen paradise with my very own eyes
Love owns us all, time owns us all, life owns us all
But the world doesn't own me
Dontcha follow me now
I ain't afraid to say I may have been wrong
I have to go now
I'd rather live by a dream than live by a lie
And that's why
There ain't no cure for what I've got baby
We just have to suffer
I feel no pain, I can't complain,
Things could always be rougher
But I picked up this banner
And I just can't put it down (no)
I can't let the world die just 'cause no one would try
Dontcha follow me now

Everybody's got to find his own place in the sun,
Everyone
So shine on me now
I'd rather live by a dream then live by a lie
You can say what you will about me
Talk is cheap and I don't mind
When you lay your life down in them grooves
You know you're bound to get scratched up sometime
It's only just a song, pay me no mind
I have to go now
You've got to walk that road alone
If you walk it at all
Don't follow me now
I gave you all fair warning
Now it's goodbye
And every once in a while why don't you think of me
'cause it's a long, long time and a long way to go
Can't you see the light shining in my eyes
'cause it's just one victory
'cause your dream goes on forever
Don't you know that I've been trying
To get my trip together
Be a real man
I got to be a real man
1, 2, 3, do it one more time
Be a real man
Everybody be a real man
Go then, don't believe, and I don't know
'cause I got to be a real man
You can be a man, a real man
I'll swim that river, climb that mountain
You and me, we all gotta be, real men 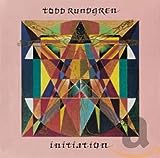