He was just fifteen, he was a new trainee
He lied about it for the opportunity
To defend the border his life was sworn
Though not a generation was native born

And the throne, the pulpit, and the politician
Create a thirst for power in the common man
It's a taste for blood passed off as bravery
Or just patriotism hiding bigotry 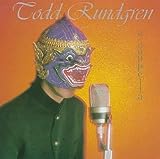