The Whirligig Beetles are wary and fast with an organ to detect the ripples.
The Arachnid Moths lay their eggs inside other insects along the borders of fields or roads in clusters of white cocoons.
The Ribbed Pine Borer is a longhorn beetle, their antenna's are half the length of their body and they feed on dead red pine.
Robber Flies, with their immobile heads, inject a paralyzing fluid into their prey that they snatch from life in mid-air.
The Snow Flea's mode of locomotion, strange and odd, with a spiny tail mechanism with hooks and a protracted tube from the abdomen to enable moisture absorption.

The female Praying Mantis devours the male while they are mating. The male sometimes continues copulating even after the female has bitten off his head and part of his upper torso.
Every night wasps bite into the stem of a plant, lock their mandibles into position, stretch out at right angles to the stem and, with legs dangling, they fall asleep.

If one places a minute amount of liquor on a scorpion, it will instantly go mad and sting itself to death.
The Bombardier Beetle, when disturbed, defends itself by emitting a series of explosions, sometimes setting off 4 or 5 reports in succession. The noises sound like miniature popgun blasts and are accompanied by a cloud of reddish coloured vile smelling fluid.
It is commonly known that ants keep slaves. Certain species, the so-called Sanguinary Ants in particular, will raid the nests of other ant tribes and kill the queen and then kidnap many of the workers. The workers are brought back to the captor's hive where they are coerced into performing menial tasks.

And as we discussed last semester, the Army Ants will leave nothing but your bones.
Perhaps you've encountered some of these insects in your communities, displaying both their predatory and defense characteristics, while imbedded within the walls of flesh and passing for, what is most commonly recognized... as human. 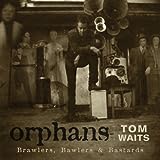