I remember the day that Clayton Delaney died
They said for the last two weeks that he suffered and cried
It made a big impression on me although I was a barefoot kid
They said he got religion at the end and I'm glad that he did.

Clayton was the best guitar picker in our town
I thought he was a hero and I used to follow Clayton around
I often wondered why Clayton who seemed so good to me
Never took his old guitar and made it down in Tennessee.

Well, daddy said he drank a lot but I could never understand
I knew he used to picked up in Ohio with a five piece band
Clayton used to tell me son you better put that old guitar away
There ain't no money in it it'll lead you to an early gray.

I guess if I'd admit it Clayton taught me how to drink booze
I can see him half stoned pickin' up the Lovesick Blues
When Clayton died I made him a promise I was gonna carry on somehow
I'd give a hundred dollars if he could only see me now.

I remember the year that Clayton Delaney died
Nobody ever knew it but I went out in the woods and I cried
I know there's a lotta big preachers that know a lot more than I do
But it could be the good Lord likes a little picking too.

I remember the year that Clayton Delaney died... 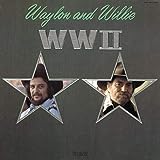