The age of science has failed to explain our universe in rational terms.
Consequently, the power of magic has gradually emerged from our conscious minds
to fathom the unfathomable.
Our most distinguished scientists reluctlantly admit that mankind is nothing but
some billion creatures sitting on a piece of solar driftwood, floating in space.
Magic is the art of influencing the course of events by the intervention of
spiritual forces or some other occult device.
According to Arthur C. Clarke any sufficiently advanced technology is indistinguishable
from magic. Early civilizations often mistook the unexplained world around them
to be magic.
Rupert Sheldrake in his book "Seven experiments that could change the world"
has stated that scientists attitude towards the experiments affect the results of
their experiments.

There is no such thing as a definite fact in science and therefore the irrationality
of magic plays an important part in our rational world.
Werner Heisenberg, the leading 20th century physicist has stated that mass is a physical
interpretation of energy.
Religious organisations have understood the power of magic and therefore monopolized
the interpretation of the supernatural to control the human mind.

The universe as a whole is beyond explanation. Only at the end of the 20th century the
Roman catholic church admitted that the great visionary Galileo Galilei was in fact correct.
The second millennium has come to an end. Scientists have to admit that the universe is magic. 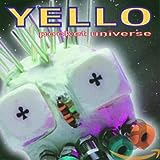