Two Lucky Bums doing what we do
Sitting in a bar and knocking back a few
And taking life as it comes, Two Lucky Bums

Ain't got much sense, ain't got much dough
Ain't too good looking but somehow, you know,
We've had our share of fun, Two Lucky Bums

Been chasing the same old dreams
Down a road that never ends
And given the chance, old friend,
I know we'd do it again

We've got some blues, we've got some regrets
Made some mistakes but none the less
When it's all said and done, we're Two Lucky Bums 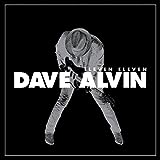