We thought it over for a century or two.
Considered all in light of such short history.
Would you let them loose upon the
Stars? Bring their dark and murky
Waters to lap on pristine shores?
Fine in their own place and with
Their own destiny to follow.
But - breeding like rabbits on other
Worlds and with other calmer spirits?

Per errationes ad astra? Then dream, dream
On. The dream is all. All good sense gone.

Neil, Buzz, and Michael, they made a
Team. The right stuff in a can of spam.
The brave adventure came to nought,
Cruel economics had their say.
A tiny bubble of pure white light from mighty
Engines roared on Pad 39A in the night.
Orbiters and Soyuz towered on
Stacks of Lox and hydrogen.
But what a little squib, a little
Firework in the cosmic crash of fiery
Fusion as far galaxies collide:
Drowned in the vastness of all we see
And, still, can only just imagine.

Let's not worry about the wandering
Man. He'll wander hither if he can.
But his time may have already come. And gone. 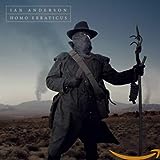