[Inspectah Deck]
I represent myself and my own defense
Innocent by reason of no evidence
Plus they're tryin' pick the punishment the judge insists
My fingerprints were traced back to six gun clips
Cop witness, who try and testify on my click
He on the payroll that's why I got my prior dismissed
This is framework, somehow they got ahold of my flick
The night in question, I was restin' home with my chick
Then the spot was blown, cops rushed in, shots were blown
I jetted out the lab with socks and boxers on
Undercover chased me down for three weeks
He ceased to interrogate like I might speak
But no, I won't tell ya who I work for
And no, I won't tell ya who the work's for
You can hit me with the book, brick, hammer and all
I dig a tunnel or just scale the jailhouse wall
Your honor..

[Kool G. Rap]
They got me framed, locked and chained
'Cuz some lame on the block was slain
Cops came but I ain't pop a flame
Hear me ya honor? I ain't dropped a thing
I was cuffed, they told me that somebody dropped my name
And the time they tryin' to match me with is not the same
I was knocked from 8:00 to the time the shot went rang
When I woke up, I smoked up and watched the game
Then I laid up with my bitch and got rocked with brain
Release me from this Elymer Fudd shit, the glove don't fit
Too tall for the cop description and slugs don't fit
He was hit with a nine right? I bust slugs with a fifth
You got any of my D.N.A. or blood up in this bitch?
I'm not the guy aligned to fall, this not my crime at all
You lock me up, I'm climbin' the wall
You want me scapegoat, so stay close, alliance will call
With some grimy niggas schemin' on the shines in the hall
Fuck that, you and the D.A. spit-shine our balls
You can catch up with me some other time, from mines to yours

[Killa Sin]
Come on a plea bargain for what, your honor?
Nah yo I ain't do shit, the only thing I'm coppin' is a new whip
The night it happened I was lampin' at a deuce flick with two chicks
Kim and Chris, we guzzle Cris' on some Rush Hour 2 shit
I knew the kid, yeah we had problems, yeah I robbed him
Now it's '98 though and the handgun was a revolver
You tryin' to play me on an old case but I hold no weight
Turned myself in, I skated on them keystone jakes
Right description, right Killa, wrong case, I didn't hit him
Here's the verdict, not guilty, not tryin' to see a prison
Got my life on the line, you wanna grind me through ya system
And have my family and my wiz cryin', I miss 'em
You buggin', you the same judge that framed K with the drugs
Somebody came up dead and now you wanna blame us?
This shit is too much, aiyo before you screw us
I'll grab the bailiff's gun and light this whole room up (*gunshot*) 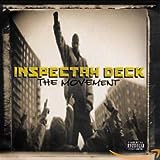