Everybody's laughin' at the Early Bird Cafe
I've been hidden there since yesterday, and I believe I've lost my way
Charlotte's there in organdy, and Billy's there in suede
There's money in their pockets, and all the dues are paid
There's wine on every table, and food on every plate
Well I hope I get there pretty soon, before it gets too late

Someone asked me what time it was - and I, told him it was now
He asked me just what that might mean, but time would not allow
So I gave away my watch to a passing businessman
Well I hope he understands it now - 'cause I've done the best I can
It was getting early, so I rushed away from there
With that ancient earth beneath my feet
And new dust in my hair

Well I ran on down the road a while, to the other side of town
My clothes were gettin' wrinkled, and my socks were fallin' down
But I could not stop to pull them up, for fear that I'd be late
So I kept on runnin' down the road until I saw the gate -
Of the Early Bird Cafe, glowin' golden like the sun
Everybody kept on singing, saying:
"Come on in, we've just begun!"

So I went right in, and I set right down, and I ordered up some wine
The talk was fast & clever, and the women all were fine
Charlotte asked me where I'd been with her jade and ivory eyes
I told her I'd been hung up, with some begger in disguise
Well she laughed like temple bells,
Kissed me on the cheek and said:
"You know it's hard to be alive sometimes...
But it's easy...
To be dead!" 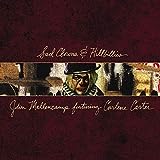