It was raining. It was cold
West Bethlehem was no place for a twelve year old
So he packed his bags and he headed out
To find out what the world's about
He went to France. He went to Spain
He found love. He found pain.
He found stores so he started to shop
But he had no money so he got in trouble with a cop
Kids in trouble with the cops
From Israel didn't have no home
So he cut his hair and moved to Rome
It was there he met his Irish bride
And they rented a flat on the lower east side of Rome...
Italy that is
Music publishers, book binders, Bible belters, Money Changers,
Spoon Benders and lots of pretty Italian chicks.

[Chorus:]
Charley bought some popcorn
Billy bought a car
Someone almost bought the farm
But they didn't go that far
Things shut down at midnight
At least around here they do
Cause we all reside down the block
Inside at....23 Skidoo.

Wine was flowing so were beers
So Jesus found his missing years
So He went to a dance and said "This don't move me"
He hiked up his pants and he went to a movie
On his thirteenth birthday he saw "Rebel without a Cause"
He went straight on home and invented Santa Claus
Who gave him a gift and he responded in kind
He gave the gift of love and went out of his mind
You see him and the wife wasn't getting along
So he took out his guitar and he wrote a song
Called "The Dove of Love Fell Off the Perch"
But he couldn't get divorced in the Catholic Church
At least not back then anyhow
Jesus was a good guy he didn't need this shit
So he took a pill with a bag of peanuts and
A Coca-Cola and he swallowed it.
He discovered the Beatles
And he recorded with the Stones
Once He even opened up a three-way package
In Southern California for old George Jones

The years went by like sweet little days
With babies crying pork chops and beaujolais
When he woke up he was seventeen
The world was angry. The world was mean.
Why the man down the street and the kid on the stoop
All agreed that life stank. All the world smelled like poop
Baby poop that is..the worst kind
So he grew his hair long and threw away his comb
And headed back to Jerusalem to find Mom, Dad and home
But when he got there the cupboard was bare
Except for an old black man with a fishing rod
He said "Whatcha gonna be when you grow up?"
Jesus said "God"
Oh my God, what have I gotten myself into?
I'm a human corkscrew and all my wine is blood
They're gonna kill me Mama. They don't like me Bud.
So Jesus went to Heaven and he went there awful quick
All them people killed him and he wasn't even sick
So come and gather around me my contemporary peers
And I'll tell you all the story of
Jesus...The Missing Years

We all reside down the block
Inside at... 23 Skidoo. 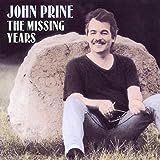