We were young together once upon a long lost time
Apple trees were blossoming and spring was on my mind
Guitars on MacDougal Street, sandals in the snow
When I fell in love with you I was the last to know

Down in Greenwich Village we were scattered through the nights
Singing at The Bitter End under all those lights
Making love in single beds, you always left by dawn
Climbing on the Greyhound bus, where you would be alone

Singing in MacArthur Park, singing in Cheyenne
Singing in the wilderness where the truth began
We were gypsies in the wind, yearning just to fly
Making music, making love as the years went by

You had rhythm in your soul, I had violins
You were rich and I was poor, trying to fit in
Back on Bleeker in the spring and haunting Jackson Square
In the Fat Black Pussy Cat, catch me if you dare!

Then the world was going mad, the sky was overcast
I found my peace in whiskey and the poets of the past
You were moving past me through the dark night of your soul
I was singing folk songs and dreamed of rock and roll

The devil's in the details, you said, dreaming of your death
I was running faster, I was nearly out of breath
Long before we lost our dreams and all our songs were sung
You left the world too early, your spirit died too young

I was headed for the moon, aching to be free
Searching for the answers in the booze and the marquee
What is left of Greenwich Village lives among your songs
The ones we thought were always right and never would be wrong

Now sometimes the only thing that gives me hope is you
You who saw right through the veil that fell out of the blue
I will always miss you, I will always hear your songs
Now the past is fading, one more dream and it is gone

We were young together once upon a long lost time
Apple trees were blossoming and spring was on my mind
Guitars on MacDougal Street, sandals in the snow
I am still in love with you, I was the last to know 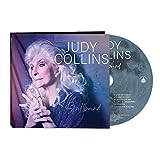