You could hear a car passing way down the street
A neighbor's dog barking, and the wind in the trees
And you're the king of your castle and of all you survey
At the end of this day that was

You look like your old man when he was your age
Stepping back from the mirror, more surprised than amazed
Same salt at the temples, same faraway eyes
A disguise you recognize now

We're all trying to live up to some oath to ourselves
Try holding back time but it will not be held
No king has the power, no mortal the skill
But still you keep trying to see

What's waiting for you at the end of your days
The wars you inherit, the truces you make
The riches you squandered, the love that you earned
And the nocturne you heard in a dream 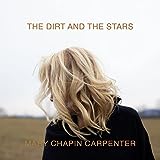