Welcome to the truth; a life that's not your own
Controlled by labor, printed paper and corruptors of the world
Synthetic lies collect our minds to the beast
We've had the rug pulled from under our feet
Media terrorists thrive on deceit
Spoonfeeding bullshit served by elite societies harnessing fear as a weapon

Take back the light
It's a dangerous place we're headed for if we accept defeat
Now we know it's a show they've been running from below
Burn it down until the ground beneath the faulty entity is glistening
Under the wings of a golden era
Listening to the hate they've created inside us, we grow
As we reduce their religion to bones
Yes, we reduce them all to bones

The time has come for all to see
The men behind the curtain writhe in self defeat (defeat)
When will the world seek truth within?
The eye in silence grants the knowledge to begin (to begin)

Shape the future
Sifting power back in the hands of the common man
Give them hell for existence
Pouring blood on the path they've set in stone
As we reclaim our position to the throne
Yes, we reduce them all to bones! 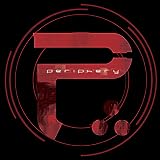