This remarkable, sometimes incoherent transcript illustrates a phantasmagoria of fear, terror, grief, exaltation and finally breakdown. Its highlights have been compressed on this recording to make their own disquieting points.

The time is 9.30 PM, one hour after the participants have eaten sugar cubes saturated with LSD. We hear Brian and his fellow travellers observing their gradual transformation.

Brian's been amusing his friends by chewing on some plastic flashbulbs.

Brian's mood is gradually changing. He orders all of his friends into another room and closes the door.
He sits alone on the wooden floor, visible only by the dim light shining from the bathroom. He talks to himself.

The time is now 1 AM. Brian is unable to snap his fingers and terminate the trip, which continues.

He sobs, as his joy turns to fear.

Brian's rocky journey ended twelve hours after it so innocently had begun. He was shattered by it.

This young man never had a bummer in some thirty-three LSD trips. Every one of them was a delight. Everything under control. He needed only to snap his fingers and down he came, any time. But on Voyage 34 he finally met himself coming down an up-staircase, and the encounter was crushing. 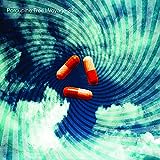