See when y'all heard that
All I'm doin is laughin' at all y'all niggas that been frontin'
On my man's in there man, these niggas started this shit man

[Run]
When I come to the show that I rock
And the flow that I drop
Y'all know Run kills the mic
Can't forget about the olds that I got
And the rolls in the spot
Ya'll know I didn't steal it right?
How ya gonna take an old song been around so long
So so def done made it tight
Done went from a DJ to an MC to the REV like overnight
Everybody lookin' players get shook when
Rev Run walk up in the spot
Even though the crooks that
Be livin' up out in Brooklyn
Just can't help but point a lot
Everywhere I go now
People say "oh wow"
Cause they know how I get
It don't matter if it's motown
All the way to your town
You can't slow down my hits

[Jermaine Dupri]
Can't slow it down man
Think about this
From 1983 to 2000, its 2001
And these niggas are still on the run
Y'all niggas just crazy
Ya'll out here tryin' to front
Like they ain't the reason nigga went and bought a pair of shell toes
The f*ck is wrong with y'all

[Run]
People wanna hear Rev Run say
Cuz I got dough that I must be a type of fraud
But you know that the thing that's funny
If God made money, then how rich is the Lord
Went got JD , made me crazy play me up in the club
Got a brand new Mercedes for my lady
Bustin me I'm older
To a Bentley Arnage that come out the garage
On the side of a grand prestigious home
Y'all ask if I'm blessed, by God player,
What you thought, what Rev you see on ______?
Gotta make these dollars, comin outta Hollis
Got my collar on two, I got the rhyme on the beat
And the vibe from the street and now the rest is on you

[Jermaine Dupri]
The rest is on me man
Let me let j'all know somethin'
The first rap group to get on MTV
Heard heavy ya heard me
And then they go turn around and resurrect Aerosmith like
You know what I mean, there ain't none of that,
Know what I'm sayin
And if it weren't for these cats man y'all wouldn't know
Nothin' about no LL Cool J or Beastie Boys you know what I mean
And this comin' from me I'm lookin at it man
Since I've been 13 years old, now I been watchin these cats man
I aint no old nigga, but I know nigga ya heard me
Ya know what I'm sayin', so stop all that frontin' man
Stop all your frontin' ya heard me
Ya hear

[Run]
Don't forget the hits that I made on the gig that I played
If ya had love back in the day
Just raised up my kicks and changed up the spit
And turned into the Run y'all love today
I picked the mic back up, came right back up
To the top where I'm supposed to be (JD: supposed to be)
And when the track light up y'all come back right up
Y'all playa's too close to me

[Jermaine Dupri]
You know what I used to like?
The way my man used to come up on stage
And grab the mic and just throw the damn stand
Across the stage man
Then he used to tell his man like
"Yo D, come right here in the middle of the stage,
Grab yo dick and say what you gotta say"
And you know what D used to say
He used to say
"Party people, your dreams have now
Been fullfilled, get out your seats and let's get ill
That's right y'all, we not just rough, we more than tough"
And when it comes to shit like this hah we got enough
Know what I mean? you know who the f*ck I am
You know my name, you know my game
Its So So Def, Run DMC 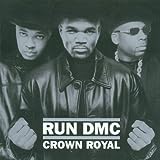