They were happy as they were
So everything around would change
But they would never, ever change
It ain't 1918 except for these two-it ain't 1918...

And they were happy as they were
Everything around had changed
But they had never, ever changed
It ain't 1918 except for there two-it ain't 1918...

Many people in St. Lou are wealthy
A lady by the name of Miller is
Wouldn't it be nice to help out Johnny
Kinda play a real life Santa Klaus
She and many other St-Lou people
Bought ol Johnny quite a fancy car
And a modern home
Threw away his comb
Bought his wife a Paris scarf

Johnny thanked the St. Lou folk
But told them in a voice so sad
That he would rather stay as is
The people of St. Lou were mad, and they said
It ain't 1918 for us or for you
If we can't enjoy it...
Then neither will you 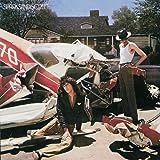