The devil went down to the river
And he came to fall; to lose it all;
To fool the fool too quick to call
While the gambler's stacks grew bigger;
He had lost his sights through narrowed eyes;
Too tempted by his wry desires

[Chorus 1:]
Damned across fated paths
The time to fold had come to pass

With gambler's glory delivered
He had thirst for more; a bigger score;
A trophy no one could ignore
And the devil's wealth had withered
So with cunning class he offered fast his soul;
The wager had been cast

[Chorus 2:]
The gambler called, the river fell
And now the hand from out of hell
The devil smiled, looked in his eyes;
He knew the loss was glorified

[Bridge:]
The devil said "Revel in your victory;
You've earned your damning, pack your things and leave."
But, the gambler only stood and stuttered
Stammering on words in disbelief
"Now you've won a new vocation
Pray to me that you can stand the heat!"
And that, the gambler saw
Meant he had gone and finally set the devil free

[Chorus 1 (reprise):]
Damned across fated paths
The hand he played would be his last

[Outro:]
Who am I? Who am I?
Just a gambler, holding aces in the devil's eyes?
What is wrong? What's the sin?
Where's the answer? Where the hell do I fit in?

Or could it be, there's just a little demon lost in the debris
And I, should idly bide my time until a wager releases me?
Hey! It can't remain unknown... 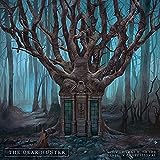