[Scene:]
In Flash's den, a night club partly converted into an office.

[Sung by Flash, Floosies and Spivs]

Show me a man who says he can live without bread
And I'll show you a man who's a liar and in debt.
There's no one alive who can't be purchased or enticed
There's no man alive who wouldn't sell for a price,
Money talks and we're the living proof,
There ain't no limit to what money can do
Money talks, money talks.

Show me an upright respected man
And I'll have him licking my boots when I put money in his hand.
It rots your heart, it gets to your soul,
Before you know where you are you're a slave to the green gold.
Money talks and we're the living proof
There ain't no limit to what money can do.
Money talks you out of your self-respect,
The more you crave it the cheaper you get.
Money talks, money talks.

Money buys you time and people listen,
Money can buy a smile and make life worth living.
If you're ugly money can improve you.
I just couldn't face the world without mazuma.
Money talks, money talks. 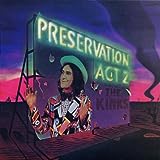