The nigga that all of the talk 'bout
Plates on the table, got knives and forks out
Nines and four-pounds clappin' like proud parents
S.I., red-eyes off the loud package
Corner G, born a G, talk so raw
You couldn't nod harder off a D-Boy
Magneto pull
Brother stay, custom made
Twelve hundred spokes on a vehicle
City slick, sip liquor with a 50's kick
I keep a grip, pretty bitch, and a sticky spliff
From a place called try and test
We're them shooters, they let it fly quicker than step
It's the come-up, "Yo, whaddup boss, where the work at?"
Ten G's a day on a pull, shorty, twerk that
Yeah, that's get it how you live it
While niggas get mad tryna figure how you did it
Twenty-four seven, three-sixty-five, mind on the money
Friday night, eyes on the honey
Rebel lean on 'em, no prometh
Saturday, fuck around, blow the whole check

[Chorus:]
Chase paper, see what the streets make of you
The victor or the vic just to name a few
If these walls could talk, they'd tell you what the neighbors knew
The game don't change, the players do

I spent countless hours countin' thousands a hour
At the stove with the Pyrex, mountains of powder
How I hooked 'em with the blue chops
Wildlife, rumble with a few cops
Checkin' out the view from the rooftops
Starin' at the Verrazano, thinkin' that there's gotta be more
'Cause these four corners is all that I know
I'm a monster, feed my hunger
Neo with the red pill, all I see is numbers
It's like a jungle sometimes make me wonder how a nigga ain't catch a body or go six feet under
Government informant, secret indictments
Seen a nigga leave with the judge when he was sentenced
Resident patient, basic, it's that gritty
Got a one-way ticket down to Rack City
Careful though, they layin' cats flat, back to back
The Feds snap your chat, no app, fact
V.V.S. chrome spin, your domes spill
New enemies, used to be old friends
Yeah, that's how it go when your power grow
They wanna put out your fuse when you 'bout to blow

[Chorus:]
Chase paper, see what the streets make of you
The victor or the vic just to name a few
If these walls could talk, they'd tell you what the neighbors knew
The game don't change, the players do 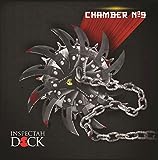