Tell me who you gonna be on Halloween?
A witch or a pirate? A gypsy or a clown?
How's about a zombie fresh out of the ground?
For Halloween last year I was a king
Had a sceptre a crown ermine robe ruby ring

Then in December everything tanked
My entire portfolio and all that I'd banked on
Lost the mansion the yacht the wife and the wealth
It all went up in smoke including my health
Insurance? Forget it lost that with the job
What I need is a gun now and a bank I can rob
I was a king but my kingdom's destroyed
I'll be dillinger this year or pretty boy Floyd

10/31 Time to make the big scene
Who you gonna be on Halloween?
The mummy? The werewolf? How's about Shreck?
Frankenstein's creature with a bolt in your neck?
Maybe this year I can be a bum,
Buddy spare me a dime, a crust or a crumb
Some smart lucky fat cats got out of the jam
Bernie's in prison but Greenspan's on the lamb
My favorite get up when I was a teen
Was to dress down like a hobo on Halloween
I'd black out a few teeth charcoal in a beard
And pretend to have nothing
Be forgotten and feared
You know a bum is someone that's not so bad to be
In a sense somewhat honest and to some extent free

Carve out a pumpkin make a big scene
Who you gonna be on Halloween?
Vampires are sexy this year they're in
But bein' the friendly ghost ain't no sin

Now it's trick or treatin' time just as sure as your born
The kids are gonna want a lot of candy corn
Boys down on Wall St. will be up to their tricks
'Cause there's always a way to put in the fix
Black cats, cobwebs, bats, Halloween
Just about time to make the scary scene
But the scariest monster won't be at your door
He's on CNBC where there's real blood and gore
You better turn off your TV hide under your bed
It's mad money's Jim Cramer and he's back from the dead 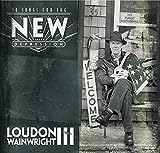