Truth, with all its far out schemes,
Lets time decide what it should mean;
It's not the time but just the dreams that die.
And sometimes when the room is still,
Time with so much truth to kill,
Leaves you by the window sill so tied
Without a wing, to take you high,
Without a clue to tell you why.

Now, I just want to keep my name, not bother anybody's game
Without ideas of gold or fame or insane heights.
I don't want a lot of money, I don't want a Playboy Bunny,
Just a love to call me honey late at night,
In my arms, by my side, in my arms late at night.

[Chorus:]
But I don't know, I ain't been told,
Ev'rybody wants a hand to hold.
They're so afraid of being old,
So scared of dying, so unknown
And so alone, rollin' home.

Well, I see the ones who crawl like moles
Who for a front would trade their souls,
A broken mirror's the only hole for them;
And for you who'd exchange yourselves,
Just to be somebody else,
Pretending things you never felt or meant;
Hey, you don't live what you defend,
You can't give so you just bend.

Well, I can see a king and queen, a beggar falling at my feet;
They all must see the same sad dreams at night;
Futility and senseless war, pit the rich against the poor,
While cause is buried long before the fight
For what was wrong, for what was right,
It's just the strong, who ever says what's right. 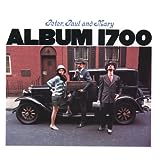