Nothin' ventured, nothin' gained
Sometimes you've got to go against the grain

Well, I have been accused
Of makin' my own rules
There must be rebel blood
Just a-runnin' through my veins
But I ain't no hypocrite

Well, there's more folks than a few
Who share my point of view
But they're worried
If they're gonna sink or swim
They'd like to buck the system
But the deck is tacked against 'em 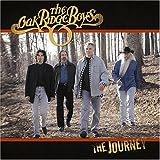 THE OAK RIDGE BOYS videos - Goin' Against The Grain