[Verse 1: Swift]
It's my attitude that's making me bust shit
I ain't to be fucked with
So basically niggas wasting they time trying to touch Swift
I run with a bunch of killers that dealt with punks
Be turning ghost 'fore you be looking at yourself get stomped
I'm a dysfunctional bastard who will puncture your ass
With a mag and, I'll be glad to send another one after you
Without no hesitation, I'll run up in your house and wake your spouse up
And give her gun to mouth resuscitation
A niggas information, they haunted and they sad
Got you mad 'cause they shitting through their stomach in a bag
We coming too strong so its irrelevant to blast you
We master ready, slash like relatives of Manson
When you hear us niggas think it's elephants dancing
Coming here is the worst mistake that could ever happen
When I'm in my vehicle, I'm pulling you in
I guarantee the world will never see you again
Motherfucker

[Verse 2: Kon Artis]
Honest to god I usually try to keep to my self
But it's kinda hard when you surrounded by ignorants, well
Let me explain something to ya
A real street nigga ain't trying to get in the streets
He's trying to get out, feel me?
And he ain't the type of dude to pop a E and get drunk
And wave his heat all in the air like he's some dumb ho punk
At least a soldier in the army lose his life over a cause
That nigga's dying over pride to prove he got balls
I play keyboards, I don't play beef
You borrow guns, I own shit that explode when it hit
You think it's fun that you home sick and you can't really get sleep
'Cause you done laid a nigga down, but that ain't me
Well my conscience won't allow me to make decisions in vain
I'm a man, I do my business and I do it again
If you take it to that level, I take it to whoever
Want to harm me and my family, Runyon Avenue forever

[Verse 3: Kuniva]
Now people know I live trifling, I express it through writing
If you can't feel it, then I must express it through fighting
And I just bought me a new gauge and added on a new knife
And I strike people so fast, niggas think I threw lightning
Clash with a few titans, blasted a few hype men
Been harassed by two dykes who wanted lou pikner
Plus you know I'm too violent, to be out with you whiling
'Cause as soon as you driving I'm a spit a few 5 ones
And I love to Kuniv' son, and you left a live one
I know how to hide guns, from skinny to wide ones
Go buy me a long sub and hide it inside buns
You looking for hoes, and up in here you going find none
You niggas done tried once, and you can kiss my nuts
You soft little dry cunts, get stomped till your eyes shut
No time for the why whats, I'm writing these five words
"Fuck you dick riding niggas," count it, it's five words 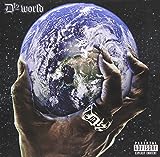