Ready to kick it, give a fuck about a bitch
Was with 'em for a decade, now we off without a hitch
I don't give a fuck if your shit went platinum
You can't fathom how in the fuck I'ma combat 'em
We independent, pick up the mic and I'ma vent it
If I said it, I meant it
Came from the bottom and I sent it
Now I think I'm a good father figure 'cause I was sonnin' rappers before I was a father, go figure
My cryptocurrency is in the seven figures
If you talkin' shit I roll up on you with like eleven of my niggas, ready to come and get us
Fuck with us, it's me and all my hitters
Made a couple pop songs, made a hundred million, gross
Made a life for myself, for every night I need a toast
I was doing the most, said fuck rap, watch me ghost
I been raising my son, blazing for fun, baskin' in the rays of the sun on my face
Took a step back, damn, I think I finally found my happy place
They say it's not a sprint, I say, "It's not a race"
Comin' up in' 'bout ten years ago, I felt so out of place
Shit was different, if you had beef, you did face to face
Check the pace, years fly like drum and bass
I've been whippin' that Bronko bumpin' that "Murder was the Case"
Now I'm givin' it up for the real motherfuckers that love rap, no cap
Retired for a minute, now I'm back, it's Logic 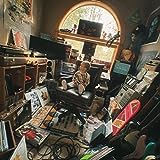